Indya EstatesBlogReraRERA Impact – How it benefits the home buyers? 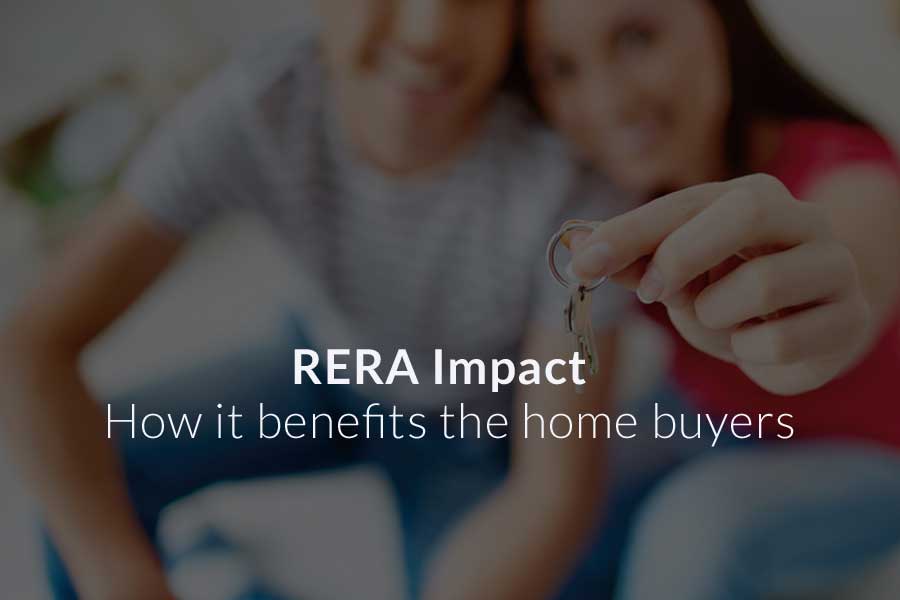 The real estate in India has been one of the biggest industries contributing significantly to the economic growth and boom in the country. However, inspite of the strength of the industry, it has also been criticized for being unfair and unorganized in its practices. Past two years, the real estate industry has seen a significant slow down and a slump, that has been attributed to a huge gap of expectations vs. deliverables between the realtors and buyers. Real Estate developers have been taking project delivery deadlines too lightly resulting in major delays causing serious grievances among buyers.

The malpractices have often been highlighted, bringing upon a strong need of the regulatory systems to tighten their reigns on the segment and to promote fair trade practices. In lieu of this need and requirement, the RERA act has been introduced to standardize and keep a close watch on the real estate industry, so as to make practices fair for both consumers and the realtors.


While the RERA bill, was introduced in the parliament as early as 2015, there have been significant discussions and alterations before it was passed in 2016 and came into implementation as RERA Act 2017, from 1st May, 2017. The act has come across as one of the strongest measures to bring about a sense of discipline, accountability and responsibility in the real estate market, which certainly has various positive implications on the property buyers as well as the developers. It is also being seen as an opportunity for the realtors to instill a sense of commitment and dedication in their way of working as there is now a stronger force governing their actions.

So, what is RERA and how does it affect the realtors as well as the buyers at large? According to the RERA act in India, every state and Union Territory shall henceforth have its own regulatory authority whereby the rules and regulars shall be framed in accordance with the act. This brings upon the state authorities a sense of responsibility and accountability to govern the real estate developers and the projects under a certain set of guidelines. This is in turn a huge step to regulate India’s real estate market.

Key Highlights of the RERA Act Which Benefit the Consumer.

‘Consumer is the king’, a marketing prophecy which form the base of the RERA act, goes a long way in protecting the interest of the home buyers who invest their hard earned monies into buying their dream home.

To buy a home in India, is still seen very conservatively due to the huge investments involved. A home is treated as a major asset and hence there need to be guidelines governing buying and selling of properties so as to make the home buyers feel more secured about the investments they make.

There are certain regulations that have been set as mandates for the states to follow under the RERA act, which will benefit the property buyers as well as regulate the operations of developers to stay committed towards the end consumers. Some of the key highlights are as follows:

While there are small time developers, operating the more unorganized real estate segment, who are unhappy with the reforms calling it biased towards the buyers and a harsh whip on the developers, the bigger players are completely in support of the bill as it is considered as a positive move to clean up and regulate the market better.

The builders are now gearing up to get registered under the act, the deadline of which is July 31st after which they will be proud enough to add on another certificate to their projects as ‘RERA compliant’ which only acts as a bigger confidence booster for the home buyers.

Although the act has been much delayed, its coming into force is best timed with the real estate slow down. Home buyers are postponing their buying decision until July, which only shows the confidence that the act has brought about in the investors.

While the implementation of the act would be immediate the governance effect of the same is a question of time. Till then it seems like a win-win situation for the developers and consumers who hope for a positive reform that will only add to the booming real estate industry in India.