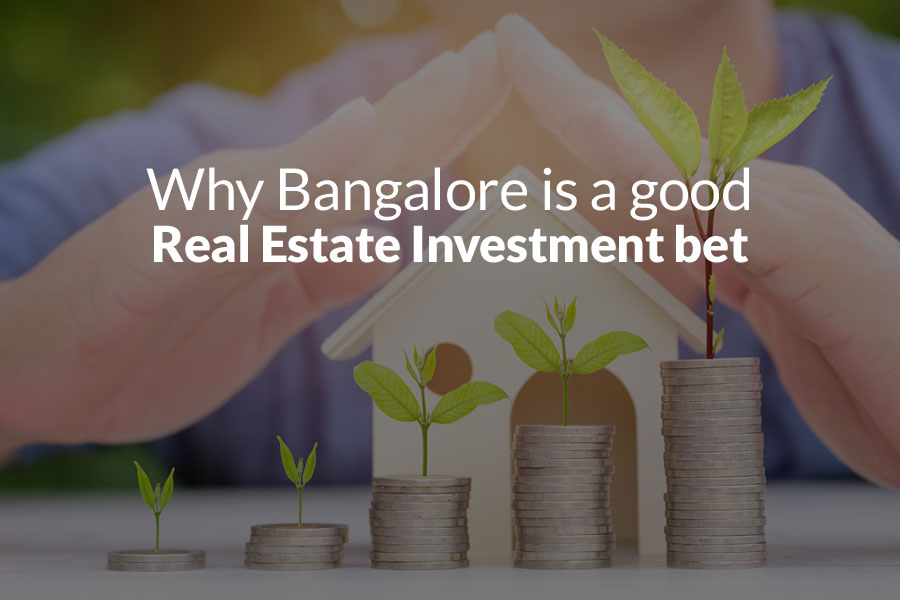 Bangalore is seen as one of the most booming urban cities of India. Owing to the flourishing IT sector, Bangalore has seen a vast amount of migratory population moving and settling into the city. Due to various market driving forces, cosmopolitan culture and a blessed climate; Bangalore is slowly becoming as one of the top favourite destinations where people want to settle down. For the real estate developers, Bangalore is like a pot of shining gold, providing ample opportunities for growth and development.
Most of the developers in Bangalore real estate vouch by the fact that Bangalore is a very consistent market which has neither inflated property prices, not is it likely to see a sudden crash, which is seen in most of the other metro cities of the country. This also helps in boosting the buyer confidence in the property market of Bangalore making it a safe investment proposition.
With the recent RERA act coming into force, there is a lot of positivity in the real estate market, making it the best time for property investment. All cities including Bangalore are slowly going to see a boom in the real estate market with growing demand as the consumer and investor confidence increases in Bangalore.

Buying a Property in Bangalore Vs. Renting!
If you are moving to Bangalore city with a long term living in proposition, then it makes utmost sense to invest in a property and buy it rather than living on rent. There are several pockets in Bangalore that are being developed with modern infrastructure and facilities. Premium residential properties are also slowly being developed by reputed builders like Indya Estates across the city of Bangalore. The good part about the Bangalore property investment propositions is that the rates are not inflated like the other real estate markets as seen in Mumbai or Delhi. Besides the property area that one manages to acquire in Bangalore is fairly reasonable for the price paid. The value in buying a property in Bangalore is far higher than any other city. As far as living on rent is concerned, there are several properties available on rent. However, for those looking at long term job prospects in Bangalore it is better to invest in the property and pay out EMIs which are considered as a future investment compared to rent which is a pure expense. The increasing demand for houses in Bangalore with a growing migratory population only ensures that investing in a property in Bangalore now, is a safe long term bet and a good investment proposition.

The Best Time to Invest in Property is Here!
The Indian economy has undergone certain reforms of which the Demonetization was the biggest move towards building a progressive India. These reforms have had major impacts on the various industrial and economic sectors of the country. Real Estate also has witnessed certain impacts resulting from the government’s demonetization move. The biggest impact that was felt from the demonetization act was the lowering of interest rates which had a huge and positive impact on the home buyers. It also eradicated one of the biggest fears associated with the real estate in India, i.e. the black money component which deterred home buyers in a big way. Recent reform that has been brought about in the real estate segment through the implementation of the RERA act has also sent positive waves across home buyers. Hence, if you are planning to invest in a property in Bangalore for either living in purpose or for a long term investment, then there couldn’t be a better time than now. Real estate in India is slowly turning into a buyers market thereby instilling consumer confidence to invest in new projects that are being developed across the city.

Development of New Age Properties
For a long time, cities like Bangalore were thought to be conservative when it came to spending. However, with more jobs being generated in the city and with people earning faster and higher disposable income, the perception is soon changing. This changing perception is now getting the investors and developers to invest in premium residential properties with modern infrastructure and better facilities. The younger generation which is now ready to invest in their first homes is well travelled and well read about the infrastructure facilities that can improve their lifestyle and standard of living and are ready to pay a premium for the same. This comes across as a huge boost for the real estate builders and developers to develop better and premium properties catering to the demands of these consumers.

Development of Areas in Bangalore
For a long time premium residential properties in Bangalore were only seen in a few areas. However with increasing demand there are more areas being developed by developers and builders. The property rates in these developing areas are still cheaper compared to the main city areas. However, in the coming few years these areas have huge potential to develop as premium areas of the city to invest in. With the coming of metro lines in various areas connectivity is becoming least of the concerns of people residing in the city. Areas like Whitefield, HSR Layout, Sarjapur, Yelahanka, Devanahalli, Banashankari etc. are being seen as hot property areas with affordable rates currently with promising future returns for the investors.

Bangalore Hold the Future For Real Estate Boom
Whether you are a first time home buyer or investing in your second home; considering buying a property for staying purpose or as an investment options; it is quite evident that Bangalore should certainly be on your cards. With the country moving in the direction of economic liberalisation, it is perhaps the best time for you to action your home buying process to reap better benefits in the future.